I cannot tell you how much I love this movement. But don’t confuse love with ease – changing the world doesn’t happen after just one event! The first time my colleague Kaare challenged the city (of what – 3 million people? No biggie…) to say hi to each other for a weekend and see what would happen, I must admit I loved the idea. But when I went out on my own in November 2013 to do it for myself… it wasn’t that easy for me. I’m not a natural talker and I usually like to keep to myself.   The very first thing that I learned was how important it is to make eye contact with strangers first. If you go around saying hello, people may not know you are speaking with them, especially on transit, when most everyone has headphones on and are looking down at their phones (I was!).   So I decided that the Skytrain platform or train was not the best way to test it out. But when I went on the street, I went one person at a time. That first “hi” – and a “hi” back. YES! From there, I went on my weekend morning run saying hi to my neighbours. People were surprised, but pleasantly. I don’t remember getting any adverse reactions.   Fast forward to 2014, Kaare said she wanted to put it on again, this time with the manpower and lead time needed. I could have just let her be and participated again on my own, but a greater force compelled me to help more. I thought that if Conscious PR stepped... END_OF_DOCUMENT_TOKEN_TO_BE_REPLACED

Say Hi to a Stranger Weekend Returns in Vancouver February 13-15, 2015

Businesses and individuals continue to challenge asocial city stigma on Valentine’s weekend with #sayhitostranger   Vancouver, British Columbia, Canada – a Cue Creative Consulting, along with a number of local businesses, will once again dare as many Vancouver residents as possible to break through their fears and say “Hi!” to a stranger. The second edition of #sayhitoastranger will take place on February 13-15, 2015, and will be circulated through social media leading up to the weekend.   During the weekend, Vancouver businesses will create socially interactive environments and encourage residents to use the hashtag #sayhitoastranger on social media, or use the code phrase “say hi to a stranger” in person in exchange for free food, drinks, gifts, or other promotions.   According to Psychology Today, Valentine’s Day can add to the feelings of sadness and anxiety felt by adults who are single. In a recent 24 Hours article, reporter Barbara Stewart encouraged talking to strangers to make new business connections, and proclaimed 2015 as the “Year of the Stranger.” Vancouver’s resident cuddling business, The Cuddlery, recently expanded their services to the city of Edmonton, proving that more people are even willing to pay for close interactions with strangers.   “Vancouver is accused of being a cold city for meeting people, especially for singles looking for ‘love.’ Let’s change that perception,” says Kaare Long, CEO of a Cue Creative Consulting and Project Manager for the campaign.   She continues: “It’s not just a singles’ issue. If everybody gets on board, things will change, even if it’s just for one weekend. We want to encourage the dialogue – as long as... END_OF_DOCUMENT_TOKEN_TO_BE_REPLACED 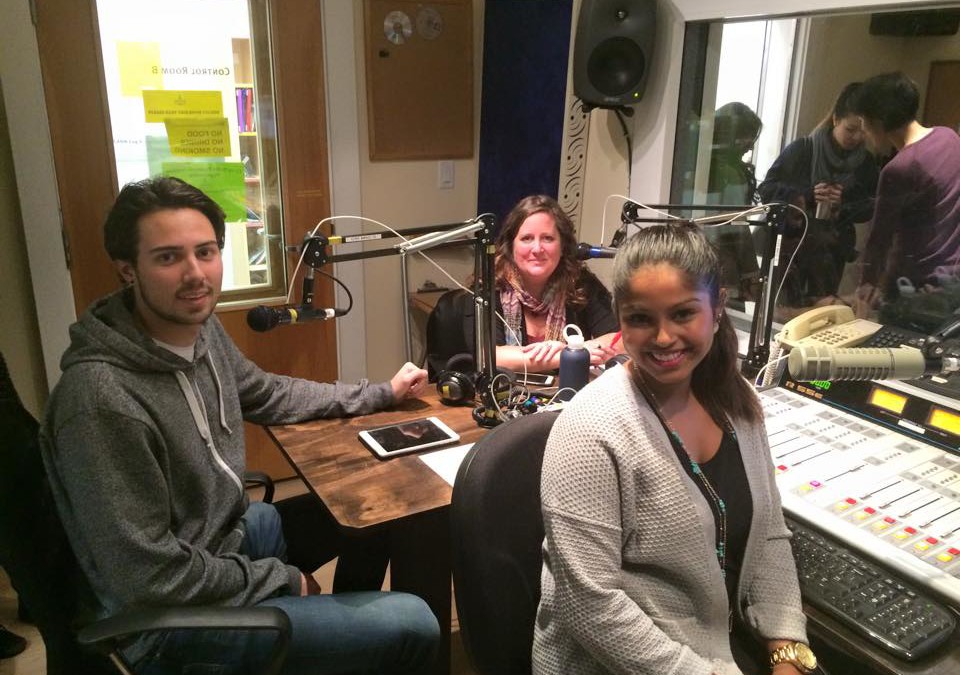 On Tuesday, January 20, 2015, #sayhitoastranger Project Manager Kaare Long was a guest on the You in 57 Minutes radio show on Coop Radio to talk with host Falisha Ali and producer Lorenzo Schober about the upcoming campaign. Here are the photos from that night in the Coop Radio studio!   Thanks to Alla Malyezyk at Conscious PR Inc. for taking the photos for our Facebook page and Twitter accounts!... END_OF_DOCUMENT_TOKEN_TO_BE_REPLACED